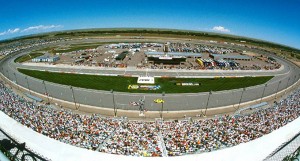 “This has been four years in the making,” stated the SRL’s Larry Collins.  “Our teams have been encouraging us to take the SPEARS Southwest Tour Series to a one-mile oval, and now it’s a reality.  This is a major step for the series and one of the most exciting announcements we’ve ever made.”

The SPEARS Southwest Tour Series event weekend at PPIR will open on Saturday, September 28th with a full afternoon of practice, with race day on Sunday, September 29th.  While the SPEARS Southwest Tour Series will be competing on the PPIR one-mile oval during the weekend, the National Auto Sport Association (NASA) will be competing on the 1.3-mile interior road course providing the spectators a full weekend of racing.

“Everyone involved in bringing this event together share the same goal, to put on the best event possible for both the teams and the spectators,” Collins said.  “Our goal, the goal of the track, and the goal of Spears Manufacturing is to make PPIR a major event on our annual schedule.  The seating capacity of the raceway is 10,000, and we plan to have 10,000 spectators at the track on race day.” Collins added.

The SPEARS Southwest Tour Series event in September will follow the USAC Silver Crown Series at PPIR on June 29, which are the only two oval track events scheduled at PPIR in 2013.

“Our success at building a full calendar of participant motorsports events, along with the exciting spectator racing series events continue to fuel the popularity of PPIR, the Exhilaration DestinationTM,” PPIR CEO John Molloy said.

Opening in 1997, PPIR has hosted the NASCAR Nationwide, Trucks, Southwest and Midwest Tour Series, the K&N Pro Series, Indy Car, USAC and numerous sports car events. The September 28th and 29th event will be the first race in the history of the SPEARS Southwest Tour Series on a track larger than ½ mile.

About SPEARS MANUFACTURING: Spears Manufacturing is a world leader in plastic pipe fittings and valves.  SPEARS’ maintains over one million square feet of manufacturing facilities in four states and nine distribution centers across the USA for worldwide distribution.  For more information go to http://www.spearsmfg.com.