admin2023-01-11T10:27:58-07:00
By admin Showdown News 0 Comments
ShareTweet
Bakersfield, CA – When it comes to Asphalt Super Late Model racing, there are seemingly more marque events that Bubba Pollard has won than not. On January 21st, the Senoia, Georgia driver will seek to add to that list of victories when he makes the trip to Irwindale Speedway (CA) for the “All-Star Showdown 200” for the SRL National / Spears SRL Southwest Tour Series. The event will kick off the season for both series and will pay $25,000 to the winner on the ½-mile progressively banked oval. For Pollard, it will be his first time visiting the facility, but will mark an attempt to score a third different “Showdown” victory, east of the Mississippi River.
Pollard has concentrated his Super Late Model racing up and down the eastern portion of the United States, but has made several sojourners to the West Coast, looking for big money victories. From 2015 to 2017, Pollard made the trip to Kern County Raceway Park (CA), picking up two $25,000 wins in the “Winter Showdown”. In 2015, he made his lone trip to Evergreen Speedway (WA) for the Summer Showdown, picking up $35,000, after scoring a $10,000 bonus for winning both the Summer and Winter Showdown versions in the same year. Pollard will now head back to the West Coast looking for an “All-Star Showdown” victory. It has been an event that Pollard had had his eye on for several years.
“We have been back and forth on coming back to the Showdown now for years”, the former Southern Super Series champion stated. “I’ve been wanting to race at Irwindale ever since the race moved from Kern (County Raceway Park). We just never could find a place for it in our budget over the last few years.”
If successful, a victory would only add to a legacy of success for the 2011 CRA Super Series Southern Division champion. Pollard has prestigious wins in the “All American 400” at Nashville Fairgrounds Speedway (TN), the “Oxford 250” at Oxford Plains Speedway (ME), the “Rattler 250” at South Alabama Speedway (AL), the “Money in the Bank 150” at Berlin Raceway (MI), the “Florida Governors Cup” at New Smyrna Speedway (FL), and the “Slinger Nationals” at Slinger Speedway (WI) to name a few. He has multiple wins in the “Baby Rattler” at South Alabama Speedway, the “Canadian Short Track Nationals” at Jukasa Motor Speedway (ON, Canada), the “Full Throttle 100” at Citrus County Speedway and Track LLC (FL), “Redeye 100” at New Smyrna Speedway, “Snowflake 100” at Five Flags Speedway (FL), and “SpeedFest 200” at Watermelon Capital Speedway (AL).
Pollard also won the SRL National “Davidson Electric 125” at Mobile International Speedway (AL) last September. It only added to his legacy at the facility, after earning six wins in the “Lee Fields Memorial”. Pollard will now head to Irwindale for the first time, seeking his 13th victory in his first start at a new facility. It would be his 152nd Asphalt Late Model victory overall, and add to the 30 different facilities for which he has won. It is that experience that Pollard will call upon to get up to speed quickly as he seeks the $25,000 win.
“Irwindale is a place I hope I can adapt to fairly quickly”, Pollard expressed. “It reminds me of a lot of places I run well at back home. It’s got some character. It looks like you can really move around on the racetrack to make speed.”
Pollard has expressed his desire to return to the West Coast, and to participate with the Spears SRL Southwest Tour in previous “All-Star Showdowns”. The reality of the 2023 effort has been made possible due to the pairing with another team in the Southeast, as he will travel west with a fellow competitor to help with expenses. For that, he is grateful.
“It is only with the help of James and Jake Finch, as well as everyone at Phoenix Construction and our partners that we can make this trip”, Pollard conveyed. “I can’t thank them enough for making this possible.”
The 2023 “All-Star Showdown” will feature the Super Late Models, competing under the banner of both the Spears SRL Southwest Tour, as well as the SRL National. $25,000 will go to the winner with $1,200 to start for those on the Spears Manufacturing “Frequent Flyer Program”. $1,000 will go the Fast Qualifier, thanks to the Apache Rental Group. The Spears Pro Late Models presented by Sigma Performance Services will join the action, racing for a $10,000 payday, with another $500 to the Fast Qualifier. The Spears Modified Series teams will race for $5,000 and $250 for Fast Time.
PC: Bubba Pollard FB 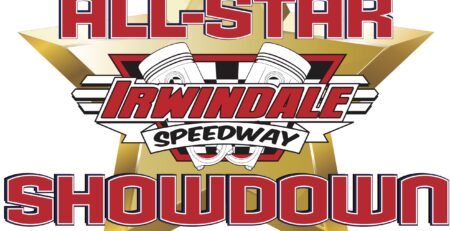 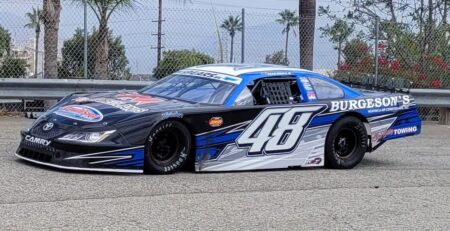 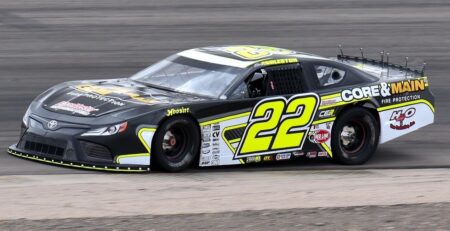 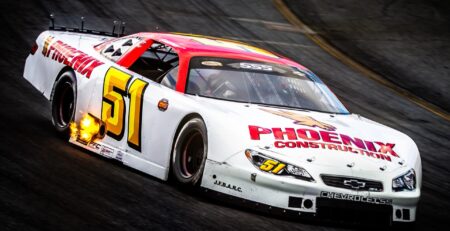 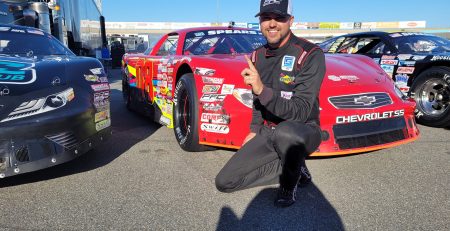 Attention Race Teams! We are proud to announce that with support from Apache Rental Group, the driver that sets Fast... read more 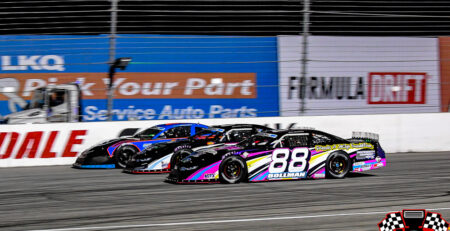 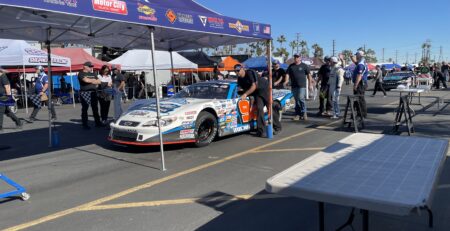 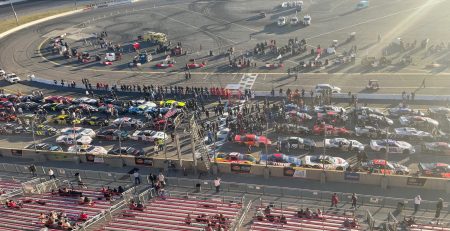 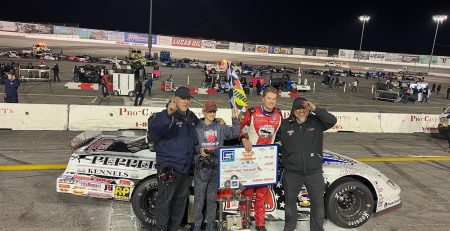